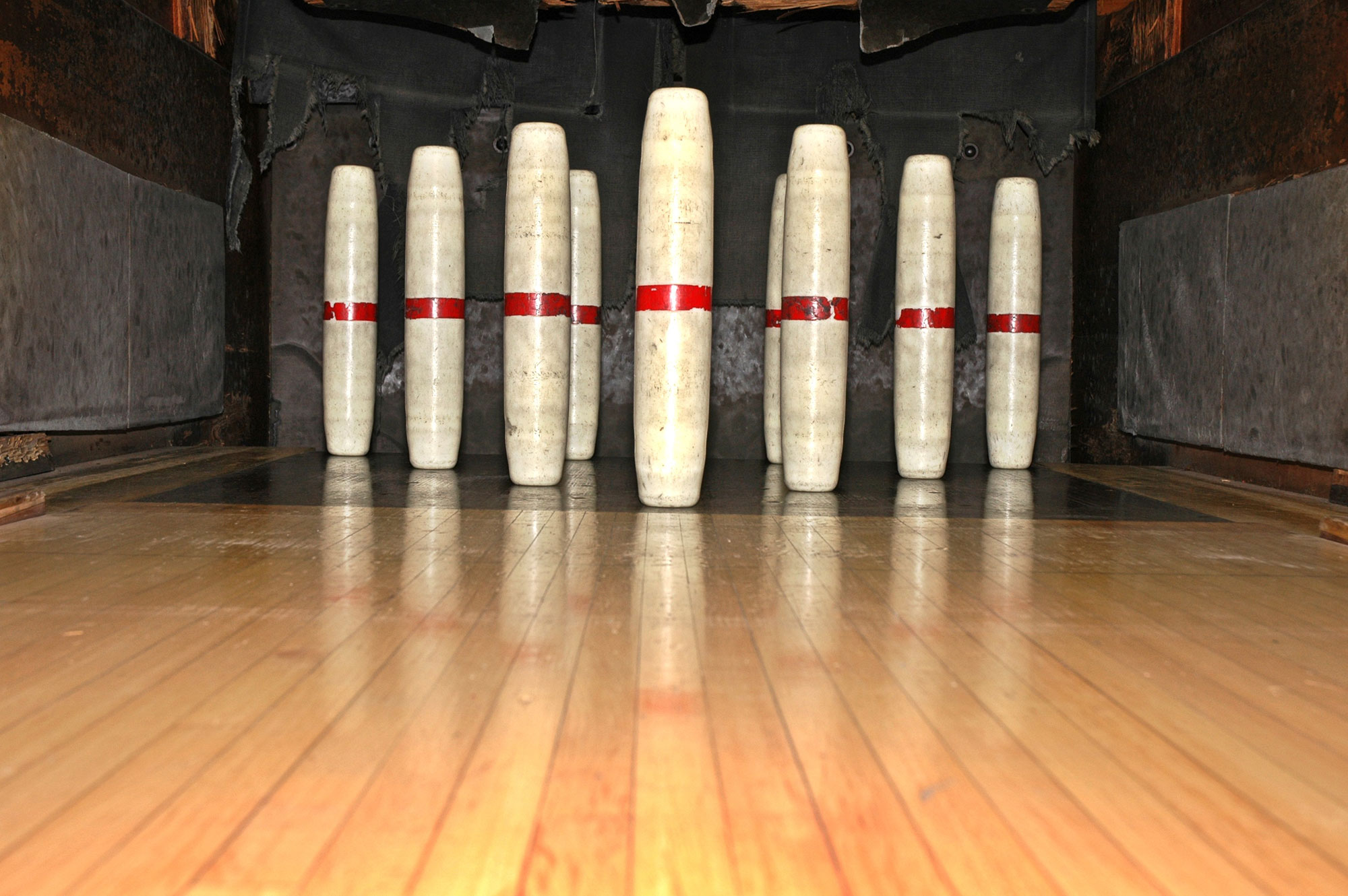 Formed in 1923, the CNR Men’s Bowling League saw teams from Saint John and Campbellton, New Brunswick and Halifax, Nova Scotia visiting each other on weekends for friendly bowling matches with fellow CNR employees. During a meeting in the fall of 1928 representatives decided to set up an annual tournament which would bring all teams together for a day of competition and fellowship.

The question of a tournament trophy came up, and the late C.F. (Fred) Todd had a unique answer. Fred, then foreman of the steam plant at the now demolished Moncton Shops, had found a shell casing in a field in Germany during the First World War and had kept it for a souvenir. Using his trade skills he “hand hammered” a detailed floral pattern on the old brass casing. He the added brass handles, a base and topped off the trophy with a handmade bowling figure. The trophy now carries the team names of winners over the past 80 years. It is truly a work of art to see and is on display for viewing during the week of the tournament. 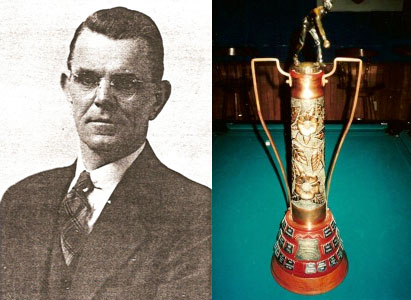 The first Tournament was held in Moncton in 1929 at the now closed MacDonald’s alleys on Lutz Street. The tournament consisted of four teams, but has at times expanded up to sixteen teams. Current tournament bylaws allows a maximum of twelve teams. Over the years teams participated from Campbellton, Moncton, Saint John, and Edmundston in New Brunswick along with teams from Halifax, Truro, New Glasgow, Sydney, North Sydney and Sydney Mines in Nova Scotia, and from Charlottetown, Prince Edward Island. Where it was once a one day tournament, it now takes the better part of a week to complete.

The tournament has survived for eighty years and even during the war years not one tournament was missed. It is now believed to be the oldest consecutive running candlepin bowling tournament in Canada and possibility the world. This year the tournament still survives and will have twelve team competing for the coveted trophy.

All current bowlers, executive members, and anyone in past years who had any involvement with the Tournament can feel very proud of its continuing success. The tournament was started to foster good fellowship amongst CNR, VIA and Marine Atlantic employees from various centers across the Maritimes. This it has done a thousand-fold as witnessed by the good fellowship and reminiscing that exits during and after each tournament.